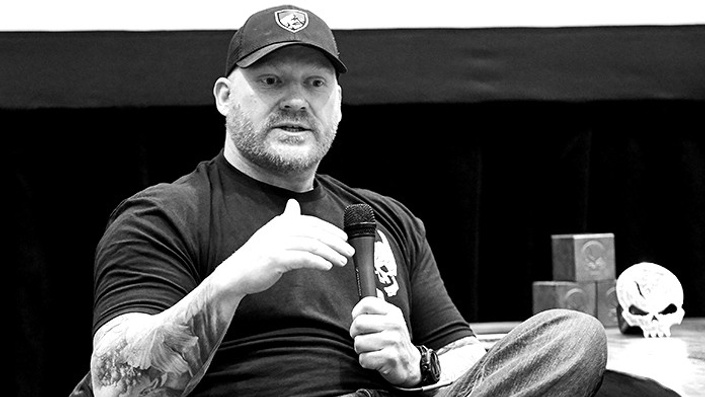 Andy Stumpf [@DerekWoodske], NCAA All American and National Champ in track and field. Although Derek has proven himself a standout athlete and strength coach to boot, there’s something else that makes him unique. Having grown in a small British Columbia town with a population of 250, Derek had limited exposure to athletic talent or even competition for perspective.

A 16 year old and 185 lb Derek Woodske did a barbell back squat for the first time in his life at a local fair. After successfully completing 425 lbs, no one in his small town seemed to bat an eye. It was only by chance, circumstance, and one whopper of a lie did Derek make it out of his insulated community and on to compete in hammer throwing at the highest levels and gone on to coach performance at the NFL and NCAA levels.

All of these stories come into play as Derek sat down with 10 Year NFL veteran and Power Athlete CEO John Welbourn for an unfiltered, uncut Q & A session. No greater conversation on mental focus, toughness, and overcoming odds has ever been had by two athletes who reached the pinnacle heights in their respective careers.

Do you dig the Symposium stuff? See the whole lot below!